15 delicious street food of India everyone must taste

Food – the four-letter word, the very mention of which is enough to trigger hunger pangs in the stomach. So imagine if we add another word to food – say street food – wouldn’t it leave mouths watering?

India is one country where you’ll never find any dearth of street food variety. The list is never-ending but here we bring to you the top 15 must-try street food of India.

1) Chole Bhature – Though an extremely popular dish of Punjab, it’s high in demand across north India.People flock to small dhabas and haats to start their day with a plateful of this lip-smacking combination of curried chickpeas (chole) and deep-fried bread made from white flour (bhature).

Chole Bhature originated in the eastern part of Uttar Pradesh but soon found an immense following in Punjab. Interestingly, a Facebook community Eatlo invented the Chole Bhature Day in the year 2013.

To get the most authentic taste of the dish (since there are now several varieties of this concoction), we suggest taking the help of a local guide who’d know the best food stalls or hotels in town.

2) Aloo Tikki – Passing by the streets of the capital city Delhi, you can’t say no to a plate of Aloo Tikki served at every nook and corner. Every chaat wallah(street food vendor) specialises in making this deep-fried potato patty best served with whipped curd, red and green chutneys, namkeen sprinkled on the top, and few pomegranate seeds.

An Indian equivalent of hash browns, Aloo Tikki is served in several other countries too. In the UK, it’s eaten as a vegetable cutlet; it’s also famous in the East Midlands area. Take help from your guide to enjoy the most original taste of the recipe.

An Indian version of the American burger, Vada Pav was apparently invented in 1966 by a Mumbaikar (native) Ashok Vaidya who opened the first-ever Vada Pav stall right opposite the Dadar railway station in Mumbai and thousands of textile mill workers flocked to grab a quick and inexpensive snack. Your guide can help you find the best local stall selling hot and crispy Vada Pavs in Mumbai to treat your taste buds.

4) Akki Roti – Moving down the southern part of India, this one’s a speciality of Karnataka and a top favourite on its streets too. Prepared from rice flour and served with coconut or tomato chutney, it’s the garnishing of onions, tomatoes, carrots, and green chillies over this round bread that lends it the extra kick.

Akki Roti in the native language Kannada literally translates to rice bread. In the olden days, the dough for the roti would be spread over a plantain leaf and cooked over the griddle covering again with the plantain leaf on the top. The leaf’s fragrance and aroma would blend in with the bread, lending it an amazing taste and flavour.

Your local guide can take you either to the local streets or small darshinis (eating joints) where the roti is served hot every morning in large numbers.

5) Poha-Jalebi – Enjoy the best ever combination of two tasty foods Poha and Jalebi blended together in an exotic way and served on the streets of Indore. Salt-and-spicy poha served with a piece or two of sugary-sweet jalebi is enough to make your day when in Bhopal, the capital city.

Remember to ask your guide which hotel serves it best to enjoy the most authentic taste of the dish.

6) Litti-Chokha – If you’re in Patna, you can’t leave without trying this heavenly dish made from whole wheat flour and served with potato, baingan ka bharta (brinjal dish) and curd. This Bihari delicacy is best enjoyed with pure ghee (clarified butter) poured over the littis (round wheat balls stuffed with sattu–flour made from ground pulses and cereals).

The dish was a staple of Bihari peasants and farmers as its cooling property helped them stay active through the day. Litti and chokha (potato and brinjal dish) were both roasted in cow dung cakes. Also, its popularity could be owed to the fact that it needed very less water, could be baked without dishes and could stay fresh for up to 2-3 days.

7) Tunday Kebab – Straight from the streets of Lucknow, this Nawabi dish is a sure try. These minced meat cutlets are the city’s absolute speciality and were the staple breakfast of 14th century Awadh kingdom. Until the 17th century, the kebabs were chewy to eat; however, things changed when the then ruler NawabAsa-ud-Daula came to power.

As he started ageing and began losing teeth, he organised a contest for his cooks (khansamas) to make the softest kebabs in return for royal patronage as the reward. Haji Murad Ali, a cook with only one working arm succeeded in pleasing the king with his creation and thus were invented the Tunday Kebabs of today, appropriately named after their maker (Tunda meaning without an arm).

Your guide would take you to the best stall on the Lucknow streets for a taste of these succulent minced meat wonders.

8) Moong Dal Bhaji – This Gujarati street food is renowned for its unique spicy flavours served with hot chutney, a class apart from the usual sweet-and-salty flavours typical of Gujarat. Also known as Moong Dal Pakoda, you’d find them on every street in Gujarat and Maharashtra too. Ask your guide for more help on this.

9) Ghugni Chaat – This Bengali street food is sure to blow your mind away. A huge filling bowl of yellow lentils with plenty of tomatoes and peas surrounding it and a dash of fresh lime juice squeezed over the dish for that unique khatta(tangy) flavour. Your guide can take you to taste this exotic Mangsher Ghugni when in this beautiful city.

10) Lakhanpur de Bhalle – The entry point to Jammu & Kashmir, Lakhanpur is famous for its delectable Bhalle – fried round balls made from pulses best served with radish and sweet red chutney (tamarind and ginger) and spicy green (mint-coriander) chutneys. Do try these out with your guide – they’d know the best local stall, vendors.

11) Puchka – The Bengali translation of Golgappe sold in Delhi or Pani Puri in Maharashtra, these crunchy balls are enjoyed in every city in India, no matter where you go. And trust us, you can never stop at 1! A delight among kids and adults alike, ask your guide to take you to the nearest chaat wallah or puchka vendor wherever you are.

12) Bombil Fry –This seafood speciality originates from the beaches of Goa where you’d find local vendors selling this but it’s equally popular on the streets and coasts of Mumbai too. A type of white fish deep-fried to perfection with a culinary blend of spices. Also nicknamed Bombay Duck, the origin of the dish dates back to as early as pre-independence days somewhere in 1850. Do remember to take your guide to the best coast to get a taste of this finger-licking preparation.

13) Mirchi Bhajji – From the town of Hyderabad, this appetizer is made from stuffed green chilli deep-fried to lend a delectable taste. Served with lemon, this dish is today found at different places across India; yet, the Hyderabadi version remains the best. We suggest informing your guide in advance if you’re allergic to chillies since they’re sure to recommend you trying one!

14) Kanji Vada – More than the street food of Rajasthan, it’s best enjoyed as a tangy and flavoursome drink on its streets. Made with brown mustard seeds (rai), chilli, black mustard, and a variety of different salts, the drink is left to ferment for more than three days. Then small fried moong dal vadas (balls) are dipped in this tangy kanji and served chilled. Ask your guide to get you a taste of this food-cum-beverage.

15) Nasirabad ka Kachora – Not Kachori but Kachora – it’s giant-sized! The speciality of Nasirabad in Ajmer, it’s crunchy, spicy, and simply amazing. Served with tamarind chutney, you can’t miss asking your guide to take you for a bite.

We hope you have a great time tasting these scrumptious dishes on your tour of India. And don’t forget to hire a guide for the most authentic tasting experience. Bon appetite! 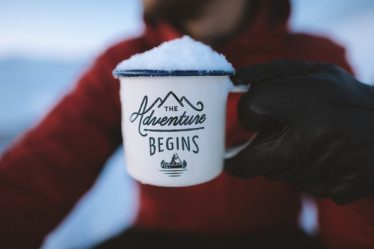 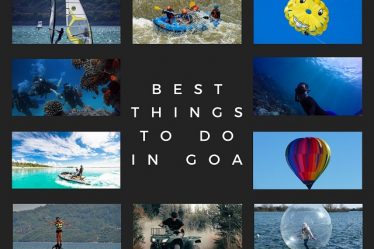 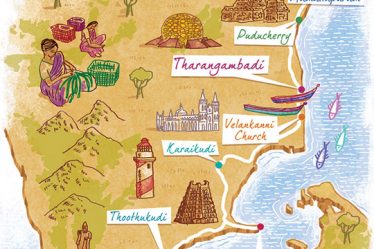